Yesterday I spoke about the importance of high-quality Christian art.  I want to follow up today with a few bands/musicians that I would commend to you.  For some of you, these names will not be new in the least.  But I’m writing primarily to my context in southern Mississippi where these individuals are not as well-known.  So here is my list of Christian musicians that you should consider listening to: 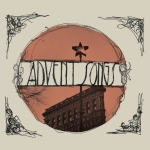 Sojourn Music– Sojourn Community Church is located in Louisville, KY, and they have a huge focus upon the arts.  As a result, the music that they produce is stellar.  I would especially recommend their Advent Songs album.  It’s my favorite.

Red Mountain Music– Red Mountain focuses on taking old hymns and setting them to newer music.  Since I believe it’s tough to match the rich theological truths found in old hymns, I’m a big fan of Red Mountain’s vision.  If you’re interested, their Depth of Mercy album may be a good starting point.

Keith and Kristyn Getty– The Gettys are modern-day hymn writers from northern Ireland.  Some of you may be more familiar with their music than you think since they wrote the hymn In Christ Alone, which is also the title of one of their more popular albums.  They have a different sound than the previous two on my list, but they are well worth a listen.

Indelible Grace– Indelible Grace is another group of talented musicians that take a lot of old hymns and set them to more modern music, though they also write original material.  I’m a sucker for this stuff, I know.  But you should check them out.  If you want to give them a listen, their latest album, Joy Beyond the Sorrow, may be a good place to begin.

Ok, well I’ve given you four artists to consider, though there are many more excellent artists out there.  Now it’s your turn.  Who are some artists that you would like to have a greater audience in the Christian community?

View all posts by Cody Cunningham